How We Ate Europe (And It Will Never Quite Recover) 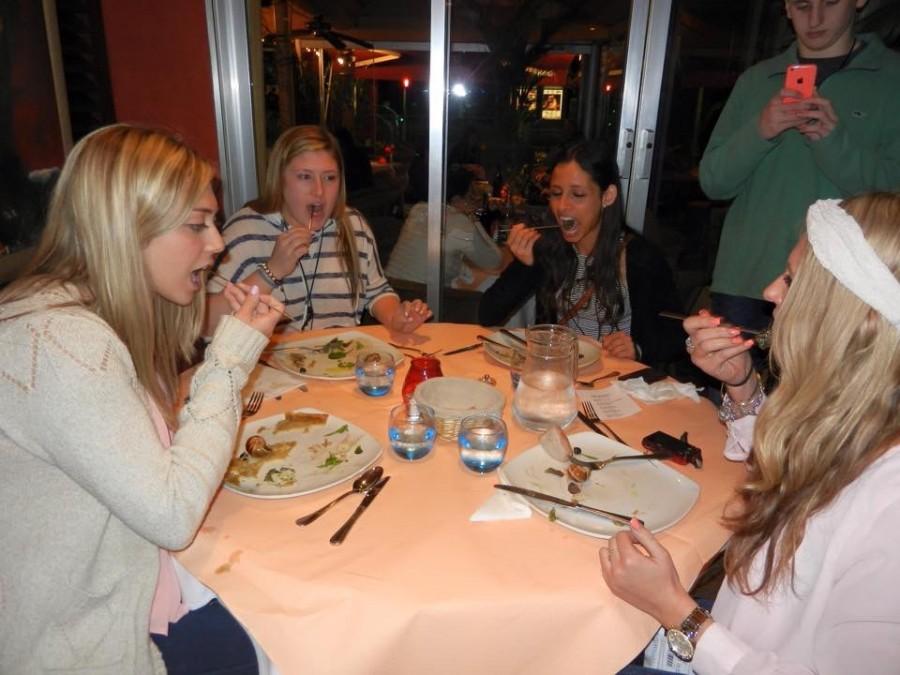 During our recent trek through France, the question we constantly asked ourselves was: “What is French food?” Everyone knows France for its croissants and crêpes, but after various dinners in Paris, Nice, and Provence, we got to know the country for its beef dishes, quiche, and even escargot (spoiler: snails!). For some of us who don’t like red meat, eating beef stew often was difficult. However we kept open minds and tried every dish in front of us.

One thing we had to adjust to was the portion size of every meal. As Americans, we’re used to having the “large fry option” at McDonald’s (which is served in a container the size of a spackling bucket), oversized burritos, and 12-inch subs at Subway. In France, our tiny plates always held a mere morsel of meal and some sort of vegetable that did not even fill half the plate. While our meals in America are portioned to our pleasing, meals in France are perfectly portioned to what is healthy. Mon dieu! C’est fou!

Quiche was often an appetizer, along with a salad, and most of us found it to be strangely delicious.

“We didn’t really know what was in it, but we were so hungry from a day of touring that it tasted pretty good,” said senior Shannon Dowd.

Anticipation was high as we drove into the beachy city of Nice, an area in southern France known for its escargot. That night at dinner, we ate our usual three-course meal, but were given the option to try escargot. Ms. Way offered to pay for our snails, and in return, we agreed to let her take our picture while eating it. As the plates of escargot came around, we quickly realized these snails were not like the small ones you see outside on rainy days. They were huge. We each used a small fork to pick the snail out of its shell, and prepared to eat it on the count of three. The moment I ate it, I was pleasantly surprised a by flavorful combination of olive oil, garlic, and butter. A few seconds into chewing it, I remembered what I was eating and quickly swallowed it. Most of the people who tried escargot enjoyed it a lot because of the flavors in which it was drenched.

Overall, we were pleasantly surprised by how much we enjoyed the unique French food. Getting a taste of their lifestyle was a memorable experience for us all, and it helped us learn a great deal about European culture. 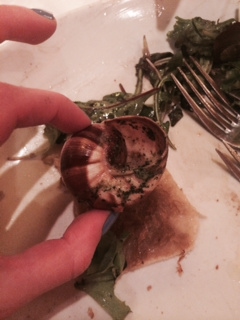 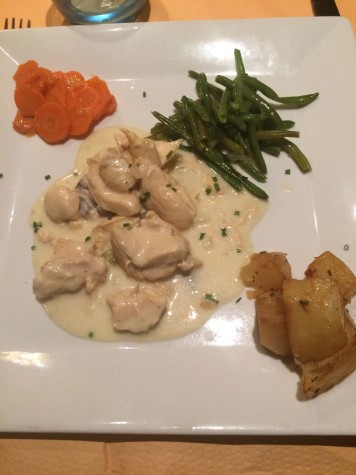