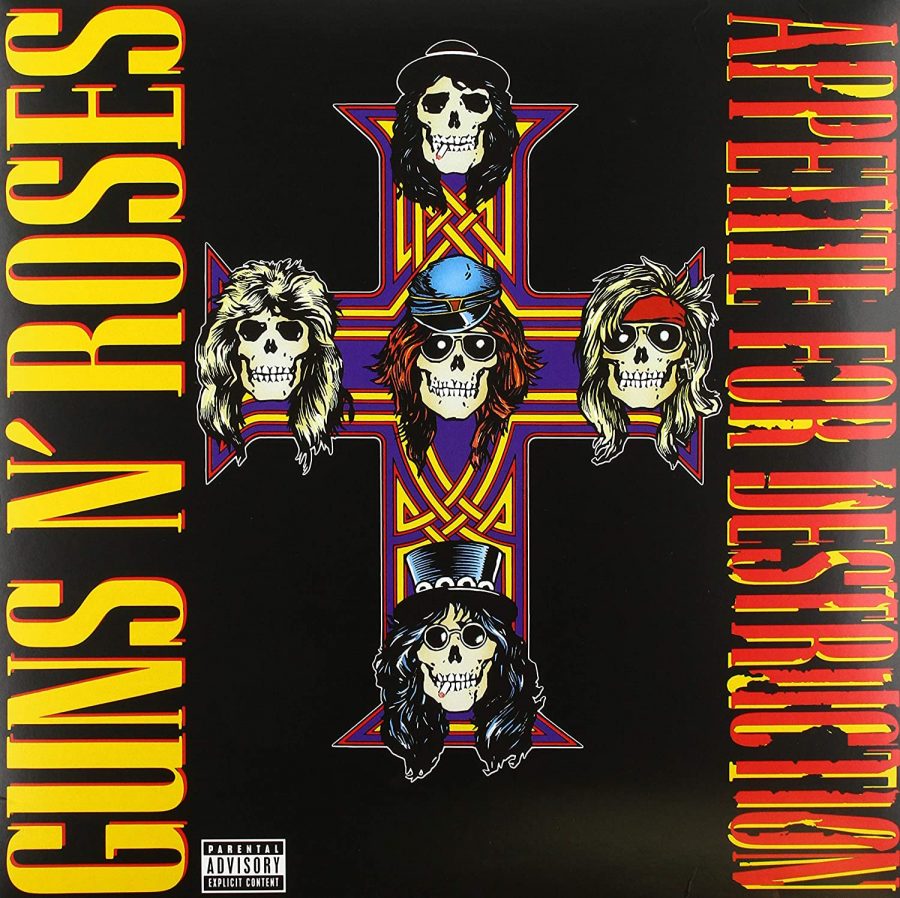 Thirty-four years ago, a band from Los Angeles, California put out their debut album. Little did they know three decades later it would still be the best-selling debut album of all time,  selling 30 million copies world wide. We’re talking about something you NEED to hear: Guns N’ Roses’ Appetite for Destruction.

The album is 54 minutes long and has 12 songs. Geffen Records released the album on July 21,1987 but it got very little attention until MTV agreed to play the music video for “Welcome to the Jungle” at 3 A.M. Eastern Standard time. MTV’s servers started exploding and setting on fire from how many people were calling in asking about the song. The rest was history for Guns N’ Roses.

The Eagle’s Cry would love you to listen, so here’s a track-by-track review of this album and how to listen to it the right way.

“Welcome to the Jungle”

One of Guns N’ Roses’ most popular songs is about its singer, Axl Rose, hitchhiking to New York. It was one of the first songs the band collaborated on. The chorus is very catchy and it’s a great hard rock song.

The second song on the album is “It’s so Easy”. It’s a fast song about how easy it was for the band to get girls. This is the song that they open their concerts with and not only is it a great song, but also a crowd favorite.

“Nightrain” is named after a cheap wine that used to be sold in the 80’s which the band drank while recording the album. “Nightrain” is one of Guns N’ Roses’ best songs with a shredding guitar solo. It’s also a crowd favorite.

This song is about the cops always trying to arrest Axl Rose. It is a great heavy song with great lyrics. The band played this song a lot in their early days but only on occasion now. This song is kind of unknown but still very good.

This song is one of Guns N’ Roses’ darker songs, lyrically speaking. This song is about the band’s addiction to heroin, referring to the drug as “Mr. Brownstone.” In the song, one of the lyrics is, “We’ve been dancing with Mr. Brownstone. He’s been Knocking. He won’t leave me alone.”  This is another popular song played at every show.

One of Guns N’ Roses’ most mainstream songs, “Paradise City” is about the rough streets of Los Angeles and Axl remembering living in the Midwest where “the grass was greener.” This song is their closer when they play live and is one of their best songs.

The hardest song on the album, “My Michelle” is about Michelle Young who used to hang out with the band in the early days. She said she always wanted a song written about herself. The aggressive lyrics in the song describe her life growing up. This is another great song on the album.

Probably the most unknown song on the album, but still a very strong song. This tune has intricate electric and acoustic guitar interplay and gritty vocals.

The most famous Guns N’ Roses’ song, “Sweet Child O’Mine,” is a classic hard-rock song. The song has one of the most iconic guitar riffs and solo with great vocals. It’s just an all-time great song.

Another very hard and almost-unknown song. “You’re Crazy” is a fast song with a lot of energy. Guns N’Roses did an acoustic version of this song later, but the hard-rock original is much better.

Another very unknown and underrated song on the album. It’s not really a classic Guns N’Roses song, but still a pretty solid choice.

A very iconic Guns N’Roses song and a crowd favorite. A great song with memorable guitar parts and a very unique story. They play this song every show, and it is one of the best songs on the album.