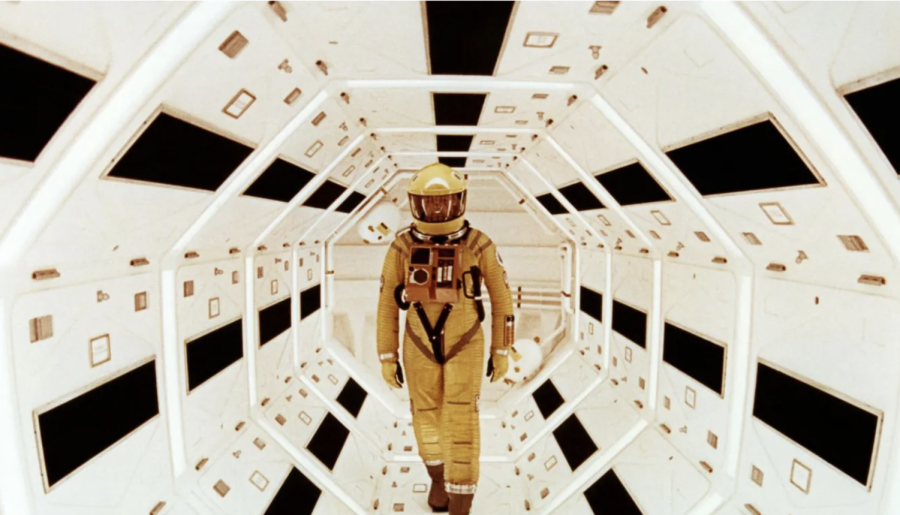 For 52 years, this Stanley Kubrick classic (and masterpiece) has inspired, influenced, and polarized countless critics and audiences. 2001: A Space Odyssey is one of, if not the very best science-fiction film of our (or any other) lifetime.

That isn’t just our opinion here at The Eagle’s Cry. That same proposition has been made by countless movie-lovers, sci-fi fans, and movie critics alike on planet Earth since the film was first premiered in 1968… including Bethpage High School’s very own sophomore Marnes Richemond.

In mentioning the movie’s iconic Star Gate sequence, Marnes said, “The effects used for this scene are amazing, especially for a film from 1968. It looks way ahead of its time and something that if I saw in a movie today, it would still look cool.” He’s also looking to view the film again after it being a “good while” since he last saw it.

Though many don’t fully understand the meaning of the film in general, what can be understood and admired is the film’s sheer beauty. From the first few dramatically scored minutes of the film in total darkness, to the dawn of man, to the hectic voyage of Discovery One and its passengers Dr. Dave Bowman (played by the great Keir Dullea), Dr. Frank Poole ( the legendary Gary Lockwood), Dr. Heywood R. Floyd (William Sylvester), Dr. Andrei Smyslov (Leonard Rossiter, Dr. Ralph Halvorsen (Robert Beatty), and Dr. Bill Michaels (Sean Sullivan) to Jupiter (along with the help, of course, of the legendary and iconic HAL 9000 technology (voiced by the incomparable Douglas Rain), up until the highly-debated frames, one is transported from our reality to the vast, dense vacuum of outer space, brought to us in an incredible fashion by Mr. Stanley Kubrick.

Amazing cinematography, writing, directing, acting, makeup, setting, and much MUCH more. An incredible piece of art. So. Are you ready for The Ultimate Trip, the ride of your life, and one of the best films you will ever have the pleasure of viewing?

If so, “open the pod bay doors,” and enjoy Stanley Kubrick’s classic 2001: A Space Odyssey.