The Mysterious, Musical Past of Mr. Malossi 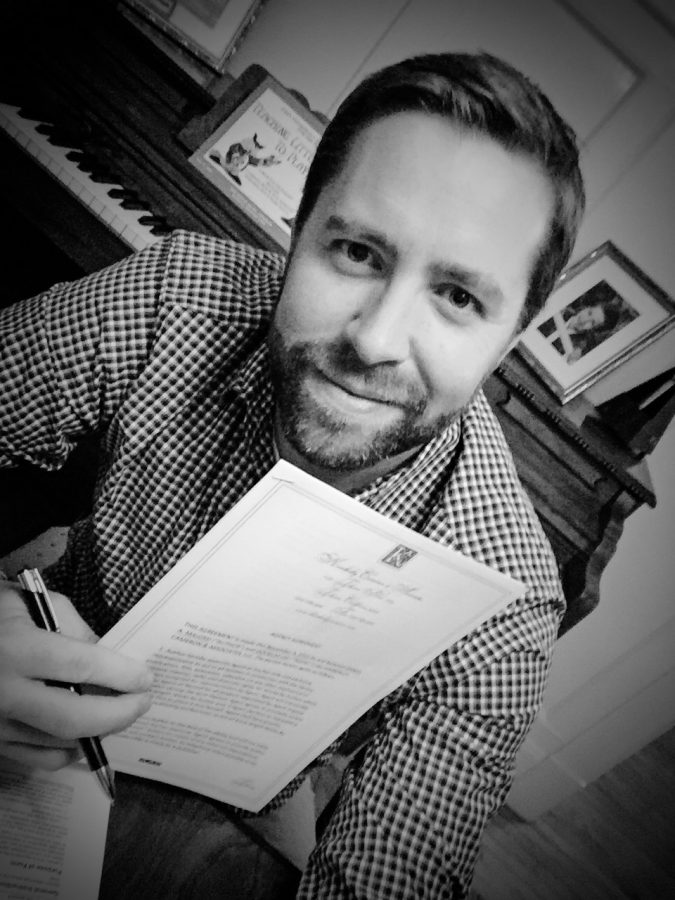 From our great sports teams to our stellar students who rise above the national average, Bethpage High School stands amongst the best schools on Long Island. Part of our well-rounded academic curriculum includes a wonderful music program that not only teaches students the basics of history, composition, and appreciation, but also enriches students’ cultural understanding and cultivates outstanding young musicians. However, BHS students and music teachers are not the only ones in the building who have a passion for music. Some teachers even have their own interesting musical pasts, including faculty advisor of the BHS Morning News and English teacher, Mr. Malossi.

After sitting down with Mr. Malossi, he revealed much about his past as a musician. As a student at Bayport-Blue Point High School on Suffolk County’s South Shore, Mr. Malossi was a member of the school chorus. Though he didn’t completely enjoy music in school, he became a member of his own band outside of the classroom, The Lost Beat Heroes. Far from the classic “high school band trope,” Mr. Malossi’s band later became moderately successful, playing paid gigs across the country following the release of their debut album, Damage/No Damage. By then, their singer had left, and Mr. Malossi took over lead vocals.  They changed their band name to Cold Memory.

“I never liked the name,” Mr. Malossi said. “I wanted something different, but we were a pure democracy, and I was outvoted.”

The band lasted beyond high school graduation and became part of Mr. Malossi’s career during and after he attended Fairfield University in Connecticut. During his college years, he would often go to the city and open for far bigger acts like LL Cool J and Good Charlotte, sometimes playing to crowds of thousands.

Though he’s left his rock legend past behind, Mr. Malossi still keeps music in his life. In his free time, he produces lead and background vocals for local artists and plays the guitar. Mostly, however, he has focused on fiction writing.

As a former professional musician, he recognizes the high caliber of our music program and recommends that students pursue music throughout their high school careers. “BHS music is an amazing program, and I’ve always been impressed with the orchestra and jazz bands here, especially.”

Students taking advantage of the wonderful music resources here doesn’t only benefit students in the present, but Mr. Malossi advocates that students continue cultivating a passion for music once their schooling here ends.

He says, “it’s the greatest thing in the world to … [maximize] your potential, no matter what you choose to do. I chose music, got as far as I could go there, but I never stopped trying to improve in everything.” So with those words of wisdom, go out and play!