Social Media: Helping or Hurting Us? 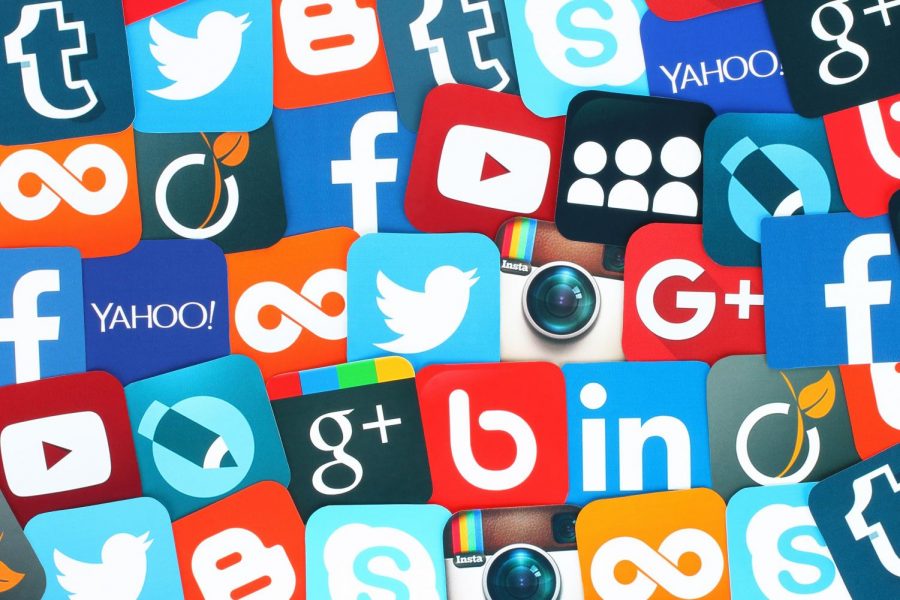 It’s near midnight on a perfectly normal weekday. You’re dead silent, laying in bed, the only light source a small rectangle with more processing power than you can ever imagine.

What exactly is this power used for? In your case, it’s endlessly scrolling through a social media site of your choice. Whether it’s reading the endless opinion-based text posts on Twitter, double-tapping the bloated filters of Instagram posts, or witnessing a heated political debate buried in YouTube comments, social media is likely the biggest source of stimulation for many of us. And now, with the wake of quarantine and self-isolation, the cold, binary embrace of the internet is more popular than ever.

The mindless consumption of social media is something I’ve taken part of for years, but I often find myself asking if social media is truly an open source hub of discussion, or if this age of “hot-takes” and callout posts has created more harm than good.

On the surface, social media is used to communicate with friends, connect with family members, or keep up to date on events occurring around the world. A benefit of open communication with people is the ability to learn new perspectives. BHS student Emma Bordt believes “social media has helped so many teenagers meet and learn more about people than we ever would have otherwise. We’re able to educate ourselves and empathize with struggles that other generations couldn’t.”

However, an influx of new opinions could become very overwhelming for younger social media users. BHS Guidance Counselor Kathleen Gagliardi corroborates this statement, saying “There is a mental health crisis in the country and I believe social media is the leading cause of issues for [younger] generations.”

But how can double tapping pictures be bad for teens’ mental health? The answer is quite complex. For one, the anonymity on social media makes people much more willing to insult each other. This can range from one comment calling someone ugly, or a mass influx of death threats from hundreds of strangers. Emma explains that she has “seen people arguing and insulting each other on social media many times.”

Arguments online typically start from civil discussion that rapidly devolves into petty name-calling. The anonymity only encourages vitriol. If, hypothetically, a teen posts a photo of themselves, someone is completely able to comment an insult about their appearance. This happens so often online that many teens now have low self-esteem and self confidence. Gagliardi believes that because “everyone hides behind a screen,” many young people “do not know how to communicate effectively.”

Another major problem teens have with social media is how distracting it can be. Social media doesn’t turn off, meaning that at any time of the day you can access it. At any time you may be notified of a like, follow, or direct message. Because of this, social media can become addicting. Many teens often find themselves scrolling through Instagram, Twitter, or TikTok for hours instead of finishing homework. Procrastination because of social media could potentially  hurt the performance of a student in school.

Teens spend a much larger portion of their time using social media than any other activity. People are more interested in capturing a moment rather than living it. Only the best thoughts, photos, or memories are posted on social media. This creates a skewed perception of people who use social media, and the expectation that social media users are as perfect as they are online in real life. Because people want to put their best self forward, they’re more concerned with documenting the life of their brother, rather than living it for themselves.

Gagliardi provides a good example of this, asking if people “are really enjoying a concert if you’re standing in the audience seeing it through your phone screen because you’re live on Facebook, snapping it, or putting it on your Insta story?” It’s a difficult question to answer, because everybody used the internet for different reasons. But overall, if you’re more concerned with posting something to please people, you won’t end up enjoying the moment had you not bothered to post about it.

Social media, like most aspects of life, has its ups and downs. It can help people connect with others they may not have otherwise. With the right skill, one can even build an audience online that helps turn a profit. However, a large portion of people who use social media typically leave their app of choice feel worse than when they opened it. As Emma explains, social media has “both helped and hurt our generation. It’s definitely been a source of drama and bullying, and it has caused a lot of negative effects on teenagers’ self image from the apparent ‘fake’ images we see.”

It’s perfectly normal to use social media; its use has been commonplace for years now. But, in all honesty, if you’re awake at three in the morning mindlessly scrolling, perhaps it’s time to evaluate whether or not a break is in order.