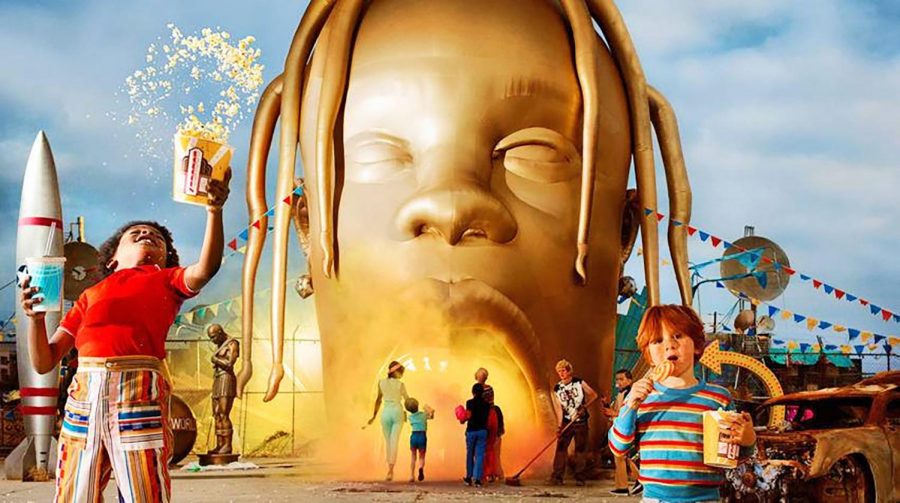 The Travis Scott meal is a worldwide phenomenon available in select McDonald’s locations for a limited time only. Travis Scott is only the second person in history to have had a menu item with their namesake, Lebron James was the only other celebrity to have such.Why exactly did Scott get the menu item with his name on it, is he really comparable to the great Lebron James? What exactly is the criteria for such large marketing schemes.

What do other students think about the famous Travis Scott Burger? I interviewed several different students here at Bethpage High School including fellow Eagles Cry editor Ayden Morales, and he said that after going to Mcdonald’s and getting the “Travy Patty” a whopping 8 times he feels strongly that it may very well be the best burger in existence. What caused this limited time meal to be a smash hit? I’ve done my research into this burger extensively, and I’ve found its essential composition.

The burger is constituted the following way: a normal quarter- pounder with cheese, pickles, barbeque sauce,mustard, ketchup, salt, and pepper. Seemingly normal in its makeup, no? This phenomenon-This “trav”-esty if you will, has taken students and people by storm.

“The Travis Scott burger is one of the best burgers I’ve ever had, and there is a wide variety of things on the burger, mustard, bacon, lettuce, tomato, and some salt” said BHS junior Michael Menz.

Another BHS student, Ayden Morales, said. “The burger was an experience that I will never forget, it was so tasty.”

“ I had the meal every day last week” said a teacher, surprisingly, at BHS.

However, not everyone was thrilled with the burger.

“It wasn’t terrible,” said Mr. Malossi, English teacher at BHS. “I just thought it tasted like a quarter-pounder with bacon. I was not impressed, but then I started unintentionally spitting hot bars.”

Many teachers including Mrs. Feyer have never tried to Travis Scott burger she said.

Whether you tried it or not. The Eagle’s Cry reviewed it for you and it’s game on.