Is Cheating Wrong? BHS Students Don’t Seem to Think So 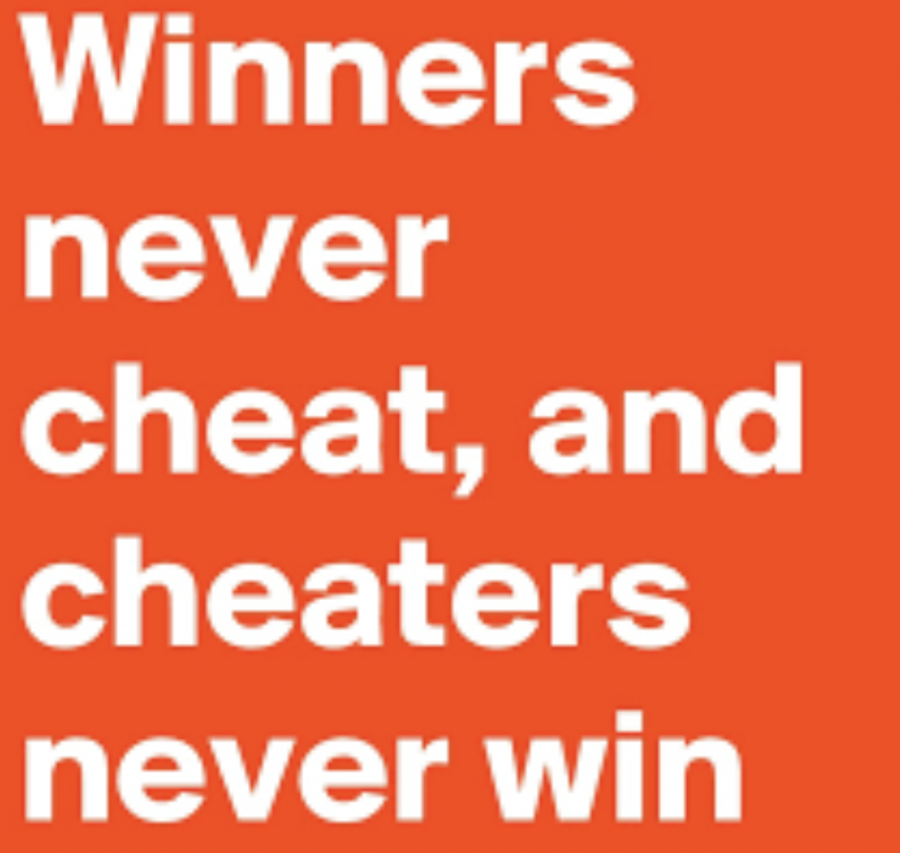 Last year, in the news, there were reports on a cheating scandal involving the Houston Astros.

During their 2017 playoff run, the Astros had cameras set up facing the catcher in center field, and they relayed stolen signs to one another through banging a trash can and buzzers in players’ jerseys.

Former Astros pitcher Mike Fiers brought the scandal to the public eye, and many Astros have apologized for it. Players around the league have voiced how they feel, including MLB’s most recognizable name, Mike Trout, who claimed he lost respect for the players.

It appears that cheating is everywhere you go, even by celebrities and athletes we admire. Lori Laughlin, who played the lovable character Rebecca Donaldson-Katsopolis from Full House, was arrested for faking her daughter’s resume and grades to get her into top schools… and worst of all, she found a way to cheat on the SAT.

But is cheating really all that bad? What older generations don’t seem to understand is that cheating is no longer frowned upon by the younger generations.

My generation, for example, would happily admit they’ve used advantages to get ahead in school. Whether it be looking at another person’s paper on a test, copying someone’s homework, or writing answers down in a different spot, everyone has cheated in some way or another.

Even some teachers or directors have cheated before. Back in 1995, during an annual state academic decathlon held every year in Illinois–which guaranteed a spot in the national contest–there was one school who always won: Whitney Young High School. A small school named Steinmetz High School, led by Dr. Jerry Pleicki,  believed the State Decathlon was a very unjust system, since the decathlon office was located in Whitney Young High School, who, coincidentally, were champions nine straight times.

Plecki believed the contest was somehow in Whitney Young’s favor. In response, Plecki was able to retrieve the answer sheets to the Super Quiz portion of the decathlon, and distributed them amongst his team. The team studied the answers, and in turn won the decathlon. However, a memoir of a student was released into the press, saying he was the student who got the scores, and that Dr. Plecki had cheated and pledged the student’s silence. Steinmetz’s team was investigated, and they were asked to retake the exam. When the team refused, their title was stripped. Plecki finally admitted to cheating, and was relieved of his duties as head coach of the team.

So, for what reason is cheating not as scandalous to members of our generation? We decided to interview students around the school for feedback.

One BHS senior, who preferred to be named anonymous for obvious reasons, said, “cheating really is not as big of a deal as it used to be. Teachers, I feel, are just used to the situation and know that students will cheat whether they tell them not to or not”.

83% of high school students on a recent anonymous poll said they have cheated on a test. Also, in another recent survey of 24,000 students at 70 high schools, author Donald McCabe (Rutgers University) found that 64 percent of students admitted to cheating on a test, 58 percent admitted to plagiarism, and 95 percent said they participated in some form of cheating, whether on a test, through plagiarism, or by copying homework.  The very same poll revealed 16.5% of the same students said they didn’t regret it.

Another reason cheating has become increasingly likely is the lack of students caught. Another recent study showed 95% of students say they never got caught for cheating on written assignments or tests.

Or, better yet, why are older generations so hellbent on cheating being “unjust” and only coming from people with lack of morals?

I was able to talk to Mr. Portuese, who revealed to me the school doesn’t have a set-in-stone cheating policy, and that teachers make their own. He says he thinks cheating “is a big problem” and it shows “students are getting lazy.” He acknowledges that it is “very tempting to cheat with all the technology that is accessible today.”

Now, within the confines of digital learning, I’d bet you that cheating his gone up twice as much, since there is nobody to discipline students. The future in this area does not seem bright…and the answer to this question seems unclear to most BHS students: “Is cheating wrong?”