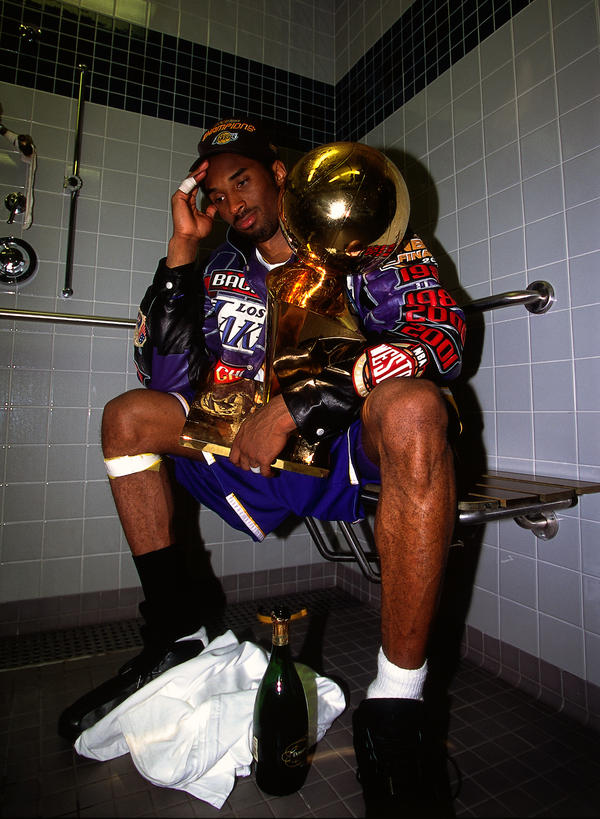 Kobe Bryant sits with the NBA Championship trophy after defeating the Philadelphia 76ers to win the 2001 NBA title on June 15, 2001 in Philadelphia, Pennsylvania. NOTE TO

Those were just some of the words used in Bethpage to describe the untimely and tragic death of NBA legend Kobe Bryant and his 13 year old daughter, Gianna…

January 26th, 2020 reigned as one of the most upsetting days in sports history. Kobe Bryant, NBA superstar and global icon, along with his 13 year old daughter, Gianna, killed in a helicopter crash in Calabasas, California. 7 others were among the dead including Orange Coast College Baseball head coach. According to the New York Times, the helicopter was flying from Orange County, California where the Bryant family lives, and crashed in foggy conditions about 30 miles northwest of downtown Los Angeles as it was en route to Bryant’s youth basketball academy.

Kobe Bryant’s credentials are almost unbelievable. Bryant is a 5-time NBA champion, with 7 appearances in the finals. He was a 2-time NBA Finals MVP in 2009 and 2010. Bryant was also selected as the NBA MVP in 2009. In his 20 year career, Kobe was an All-Star 18 of those years and in 4 of them, was MVP. Bryant also made the All NBA team 15 seasons. In addition, was also a 12 time All-Defensive selection. Kobe finally was also a member of the USA basketball national team, adding two-olympic gold medals to his resume. Oh, and he was also drafted as an 18 year old right out of high school.

The Lakers took on the Trail Blazers this past week in the team’s first game since the tragedy. The LA faithful came out to support in full force, dawning Kobe jerseys, shirts, shoes you name it. The Lakers ultimately lost this matchup, but this night was way bigger than basketball. This was asserted even before tipoff with the memorials, and LeBron James’s emotional speech prior.

Junior James Jensen recalled, “It’s a big loss for the sports world. He had a bigger effect on culture than most think. He was not only an athlete, but a father, entrepreneur, actor, producer and it’s truly just a shame.”

The current Varsity basketball captain, Bora Soybas thinks, “He changed the game forever. It’ll never be the same now. Honestly is one of the main reasons I fell in love with the game to this day.”

This opinion was met with similar ones for the majority of the students at the school. Social media platforms were flooded with posts in commemoration by a vast sum of users on apps such as Instagram and Twitter.

The Eagle’s Cry staff would like to extend its sincerest condolences to all that were involved and affected by this atrocity.