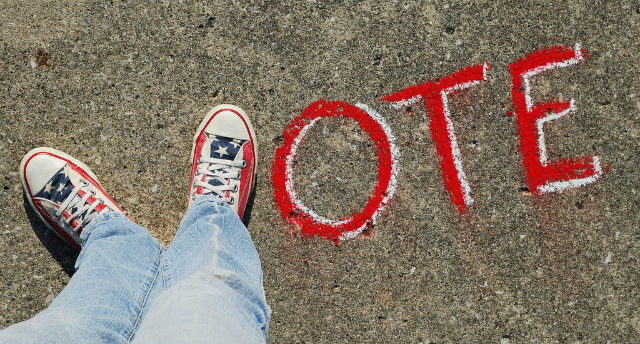 Along with getting your driver’s license, a job, and becoming a junior, turning 16 in the United States means that you can consent to marriage, join the armed forces with parental consent, pay taxes, register as a blood donor and maybe, possibly, vote?
In recent discussions, and in this year’s AP Seminar assessment, many high schoolers contemplated what it would be like if the voting age was 16 or 17. Surprisingly, other countries have floated this idea: the voting age in Argentina is 16, as well as in Austria, Brazil, Cuba, Ecuador, and Nicaragua. People aged 16 can vote in Bosnia, Serbia, and Montenegro if employed.
Additionally, 14 states in the United States permit pre-registration beginning at 16: California, Colorado, Delaware, District of Columbia, Florida, Hawaii, Louisiana, Maryland, Massachusetts, New York, North Carolina, Oregon, Rhode Island, Utah and Washington. By doing so, it allows them sufficient time and opportunities to get ready to vote.
According to Mrs. Shutkind, a Bethpage High School social studies teacher, the voting age should not be lowered. She said, “younger kids just don’t really have enough information to go on, and until they contribute to society—whether by getting an education in college or working—they shouldn’t be allowed to vote.”
Sophomore Maya Maciel-Seidman agreed. “We shouldn’t vote because we are not really informed enough and we have different values than adults. Since we don’t live in the adult world yet, we don’t really know what adult life entails.”
With this said, according to http://www.electproject.org/home/voter-turnout/demographics, the older voters vote more then the younger ones. With the voting range of 60+ up to 65% in 2018 and voters from 18- 29, 31% in 2018. Additionally, in 2016, in 50 mayoral elections, the median voter age was 57. It’s ironic that the future is going to be affecting young people the longest, yet we aren’t agitating for a voice. According to a survey, one of the main reasons is that younger generations don’t “feel their vote would matter” and they “don’t know how to.”
We learn about commas and trigonometry in school, so why not how to vote? In regards to this, Mrs. Shutkind said, “I would assume it would put more population in the electoral college, but I also think that younger kids don’t really vote that often, so I’m not so sure.”
That is not the only impact of lowering the voting age will have. Mrs. Shutkind said, “I think it would benefit conservatives more, because I find teenagers tend to be more conservative in their politics.”
Additionally, in order to solve the issue of uneducated young voters, Mrs. Shutkind feels civics should be a mandatory class in high school. “I think kids should be well aware of the issues, and their homes may not make them aware of that.”
Maya disagreed, claiming, “I still don’t think we would be educated enough to vote, because again we are not in the adult world yet, and we would be influenced by whoever is teaching that class.” Maya also makes the point that even if we lower the voting age, she feels we still would not participate: “the voting age has been lowered in the past. From 21 to 18, but still the majority of voters are over 50.”
It’s no argument that voting is a legal right all citizens have access to when 18. So does waiting 1 or 2 years make a big difference? Leave your comment on your thoughts.