On Saturday, March 30th, the BHS Marine Fitness team valiantly competed against 34 teams including both JROTC as well as High School teams at a regional meet. Bethpage was surprisingly able to have a competing A and B-Team for both boys and girls, allowing almost everyone who went to the meet to compete; however, the A-Teams are the only teams that count toward our placement and scoring. With the two strongest teams in the league Emmaus and South Bronx—last years national champions—present at the meet, competition was stiff and only the superior training and poised demeanors of both the boys and girls teams allowed them to burgeon against all odds.

With such a large influx of teams—something entirely new for Bethpage—tensions were high. Upon seeing the facilities and event set-up,however, the Bethpage team returned to their dauntless dispositions, steadfast in their pursuit of success. As hours pass by, more and more teams competed, beginning with a Girls B team, then Girls A, Boys B, and finally Boys A. As soon as a Bethpage team began their first event it was a spectacle of near jingoistic school pride as fellow teammates and Bethpage families lined the event barriers all clad in blue and gold—cantillating encouraging mantras and words of support for those competing.

After everyone competed the air was filled with elation as personal records had been broken, hearts were poured, and sweat was spilled—yet a veil of tension remained as scores were yet to be finalized and awards were yet to be distributed. “It was really stressful when they [revealed] huge trophies, plaques and medals in front of all of us before they gave them out,” freshman Andrew Miller retorted. His sentiment was shared by all, as an amalgamating stress permeated the air; a semblance of excitement remained, as sophomore Sebastian described “[we] couldn’t wait to see how we had done.” Both teams had worked hard not just at the meet, but at every previous practice finally ending in this culmination of their efforts.

After the air had cleared, Boys A had taken second place and Girls A won first, their cumulative efforts earning the teams—as well as individuals—top spots. This hard fought victory is just the beginning of a fervently successful season, with the team excited for this coming Saturday’s home meet at 10:30. 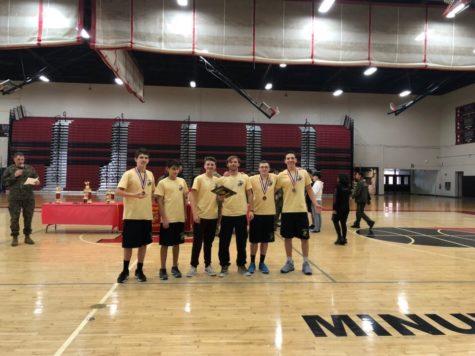 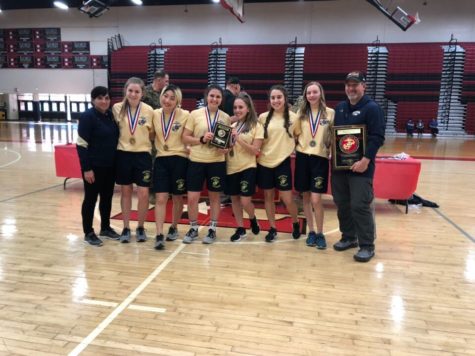