Accepting Trump, From One of Your Own at BHS 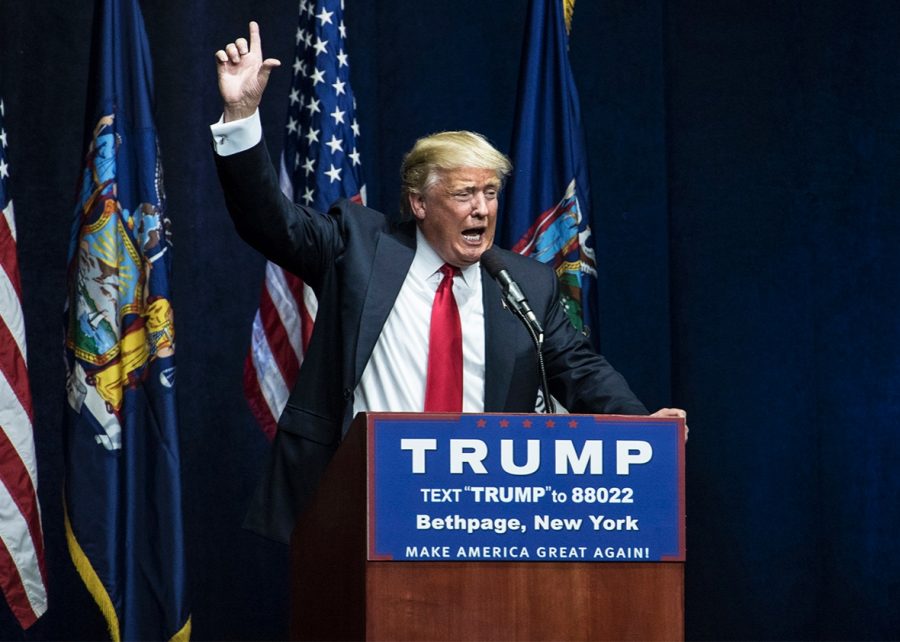 I missed the likes of Ronald Reagan, George H.W. Bush, and Bill Clinton by about a decade. George W. Bush I barely remember. Barack Obama’s first term was a blur, the second one, a bit too. The day Donald Trump announced he would run for President of the United States, I was shocked—and intrigued.

Today, everything is changing. A new iPhone releases once a year; Star Wars is once again leading the cinema industry; once-in-a-lifetime sports figures are retiring; a businessman/TV personality and former First Lady have clashed for the highest position in America…and the world.

Donald Trump is a passionate, business-savvy, and sometimes over-the-top President-elect who might just be the change America needs. Sure, he has his flaws—every President does—but in a country of about 320 million people, Trump can’t satisfy everyone.

What he can do, though, is help Americans feel proud to wake up each morning representing a great nation. On January 20, 2017—the day Donald Trump will be donned Commander-in-Chief—the Democrat-dominated era that has arguably been growing since John F. Kennedy sat in the Oval Office will officially come to a close. For a man with little-to-no political experience to take down an entire political establishment singlehandedly means something in itself. Whether you love him or hate him, what Donald Trump did on the night of the 2016 Presidential Election was historic and unprecedented.

Trump’s first plan of action is to amend Obamacare and lower taxes in his first 100 days. Next, Trump will restore “security and the constitutional rule of law,” including filling the Supreme Court seat once held by the late Justice Antonin Scalia—something President Obama attempted to complete during his presidency. The senate blocked his plans, though.

And what of the monstrous wall he promised to build to keep illegal immigrants from flooding the United States? Yeah, that was likely just an action he’d blabbed about to get elected. He’ll follow through with much more presidential plans than building a 20-foot concrete wall between the United States and Mexico.

Rather than violently protesting in the streets just days after the 2016 Presidential Election, why don’t Americans take a step back and find something about which to agree with Donald Trump? They must accept the fact Mrs. Clinton was not voted into office and hope President Trump does well for our great nation. From George Washington to Barack Obama, people have never been so emotionally affected by an election. Protesting cries of “he’s not my President” are completely invalid statements made by ignorant citizens who need history lessons.

As Trump said in his in-depth interview on 60 Minutes with correspondent Lesley Stahl, “if Hillary [Clinton] won and my people protested, they’d say that’s a terrible thing.”

He is not wrong: the far-left, libertarian following of the Clinton regime would claim how dirty and inhumane Trump supporters would have been if their preference won the election.

Why elect a former TV star over a former Senator, First Lady, and Secretary of State? Of course, it depends on whose political views you agree with most, but even some Democrats were not quite fond of Hillary Clinton. To some, she never should have been able to run for President in the first place. The mishandling of classified information over email, conspiracies of she and her husband, and numerous documented lies over the course of many years threw up red flags around her campaign.

Sure, Clinton as the first woman President in United States history would have been a singularly historic feat, but also a devastating one. Young women across America would’ve looked up to her as an idol, the spokesperson for women, the country’s first female leader—but perhaps for the most fallacious reasons.

People cannot change the outcome of the 2016 Presidential Election. What happened, happened. Donald Trump as President of the United States is a change for the better; a note to Americans to politically challenge themselves to consider the opposition, to come together as one. A divided nation will never thrive, a whole nation will.