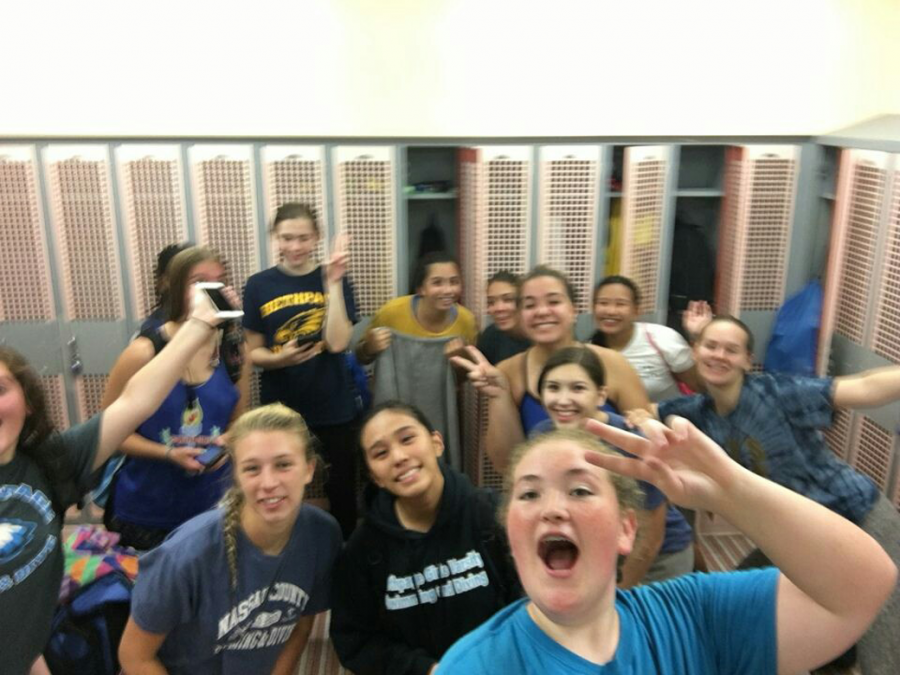 On Thursday, September 15, the girls varsity swim and dive team competed in their first dual meet of the season, and finished with a win. Hewlett came to the Bethpage pool, and the team dominated with a score of 97-72.

The entire team competed to the best of their ability for this first meet, and hope to improve for all of the upcoming ones. Senior and captain Emily Guida said “We had such a great first meet and I think this could be one of our best seasons yet.” While the team lost a lot of seniors last year, it has been made up my the number of freshman, and two seventh graders who have joined the team, and have been working hard and improving greatly alongside the upperclassmen.

For their upcoming meets, including the next one on Monday, some of the girls have some words of advice: Monique Souza says to “swim fast”, and Angeline Lamonica added on saying “cheer loud.” When the entire team is cheering for one another it really motivated them to keep pushing, and go as fast as they can.
UPDATE: Bethpage beat Cold Spring Harbor on Monday September 19th, by six points.