BHS Mock Trial Team Gets to Second Round of State Tournament 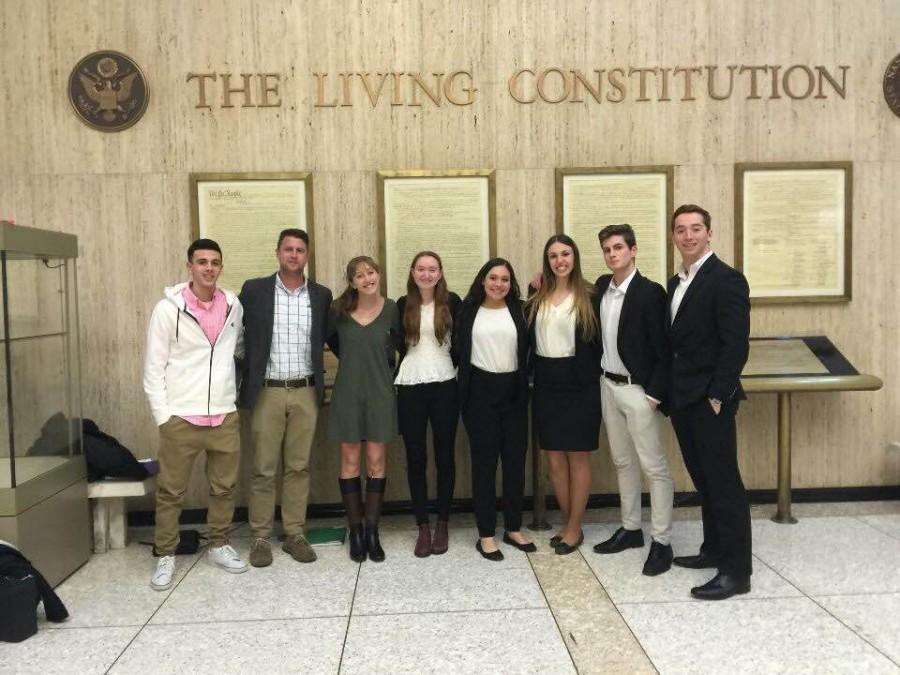 On Wednesday, February 10, the prosecution side of Bethpage’s mock trial team took on Freeport High School at the Nassau County Supreme Court. Led by President and Vice President Connor Golden and this reporter, the Bethpage Mock Trial Team—under the direction of Mr. Gorman—took home a win.

For those who are not familiar with how the NYS Mock Trial Tournament works, each school has two teams consisting of six members: three lawyers and three witnesses. One of the teams is the prosecution and the other is the defense. There are two trial days at the courthouse, and our prosecution goes one day to compete against the defense of another school, and our defense goes the other day to compete against another school’s prosecution.

A few days before Wednesday the 10th, we realized a few members would miss the trial, so the other club members had to step up and work hard to take their places. Jamie Olanick said, “We had our doubts, but in the end we performed to the best of our abilities and pulled out that ‘W.’”

The case this year is “The People v. Kelly Roberts,” and it involves the admissibility of oxycodone pills from Roberts’ home as evidence. The pills were found through a warrantless search, but the prosecution must argue that the situation was an emergency, because there was a daycare next to the home, and a rainstorm was coming to wash the pills away. The defense argues that because the pills did not have her fingerprints, they did not belong to Kelly, and they were left from a party the night before.

On Wednesday, February 24, the defense side of the case went back to the courthouse and won again, making the team 2-0 and moving them forward to the second round. Unfortunately, on March 2, Bethpage was defeated, and our time at the New York State Mock Trial Tournament of 2016 came to an end.