BHS Students Reflect on Cuomo’s “State of the State” 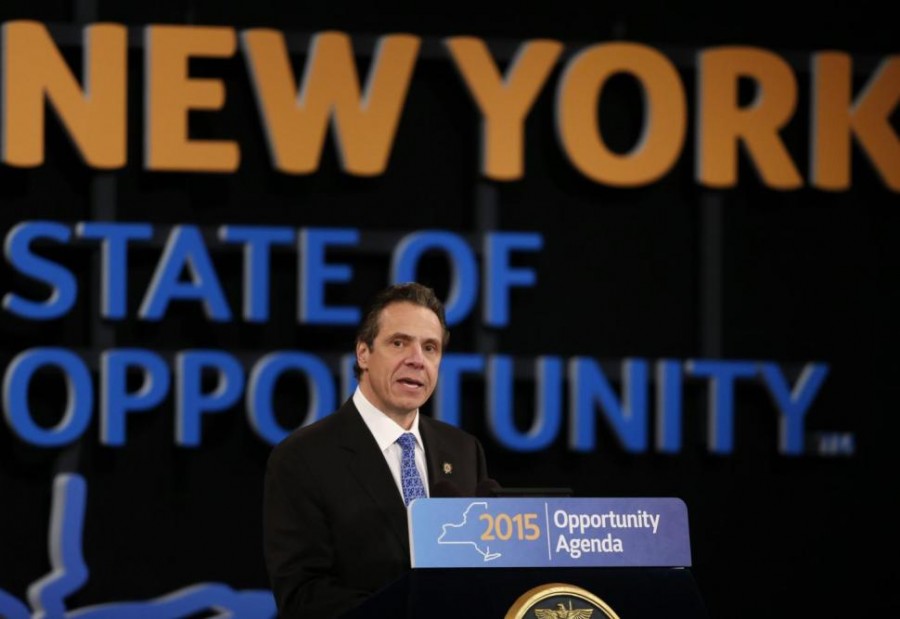 On Wednesday, January 13th, BHS student-government members attended the “State of the State” address, led by Bethpage Superintendent Mr. Clark. The group made the four-hour trek to Albany to hear Governor Cuomo’s speech. This reporter went on the trip, and—even though I wasn’t able to get a personal interview from Governor Cuomo himself—it was extremely fun.

Going into the Statehouse and touring Senator Kemp Hannon’s grand office was a fascinating experience. We got to learn what goes on in the government chambers, and we even got to learn about the “Million Dollar Staircase” that was in the Statehouse. After getting lunch, we were able to meet SUNY alumni, which was great, because we were able to see how many SUNY schools there were and ask questions about colleges. Many on the trip are in the process of selecting our schools, so this was very informative.

Connor Golden, president of the Senior class, said, “I thought it was an invigorating testament of the spirit of New York.”

Selena Phan, the secretary of the Junior Class, said, “I agreed with some of the points he made, and the end of the speech was really moving. I’m really glad I got to go on this trip. It was a great opportunity.”

Governor Cuomo ended the speech with powerful words and strong advice: to spend more time with family, because life is short and he regretted not being able to spend more time with his father before he passed away. He also told us that we were good people, and we would fight together to make great causes happen. He went on to say a important line that BHS students won’t soon forget: “We won’t fight as Republicans and Democrats, we’ll fight as a state.”

Dan Midgette, president of the junior class, said, “I thought that the speech itself was extremely inspiring and ambitious. I support his vow to make mammograms accessible to women who typically don’t get screened, mainly because I have a grandma and aunt who both had breast cancer early on, and I think it’s a great idea to give women the luxury of early detection. It really can be a difference between life and death.”