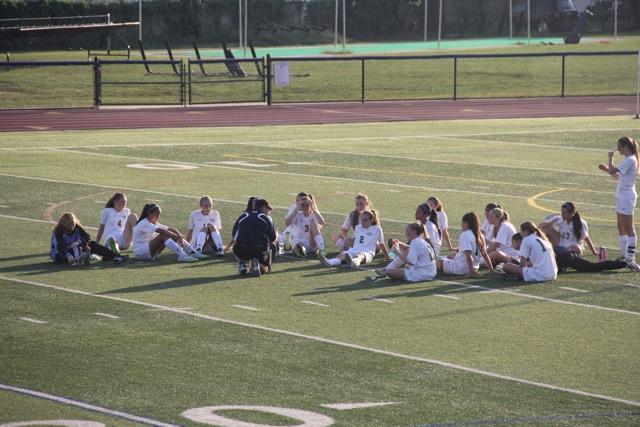 In the last conference game, which was also the senior game, BHS played Roslyn. The Eagles beat Roslyn 3-0 with two goals from Bridget Cullinane and one goal from Brianna Ferhrenbach. the win left Bethpage with a great feeling about its upcoming playoff game.
All of the hard work this season has paid off; the Eagles are in second place with a chance to claim first. They earned a spot in the playoffs and are looking forward to the chance to play with the best. On Friday, October 23, BHS will face Plainedge at 3:15 at Plainedge Park.

The 2015 girls varsity soccer team, led by coach Greg Franzke, is off to a stellar start this season, with a record of 5-2. Its latest games were against Wheatley and Clarke, both on the road.

Following a tough loss to Wheatley earlier in the season, our school’s team made a great comeback by beating them 4-2; the team received two goals from Bridget Cullinane, and one goal from Tara Gallagher and Camryn Roeller each.

Also after beating Clarke 6-0 in the beginning of the season, the team was ready for Clarke to come hard back at it the next time around.  After a great all-around effort, the girls were able to hold their own winning 3-0 with goals from Valentina Bastidas, Camryn Roeller and Danielle Olive.

This year the squad is solid all around, with its unstoppable forwards,  strong defense, talented midfield and great shot-stopping goalies. Together the team consists of a total of 19 amazing and hardworking players. The players are looking forward to the rest of their season and hope to continue winning.