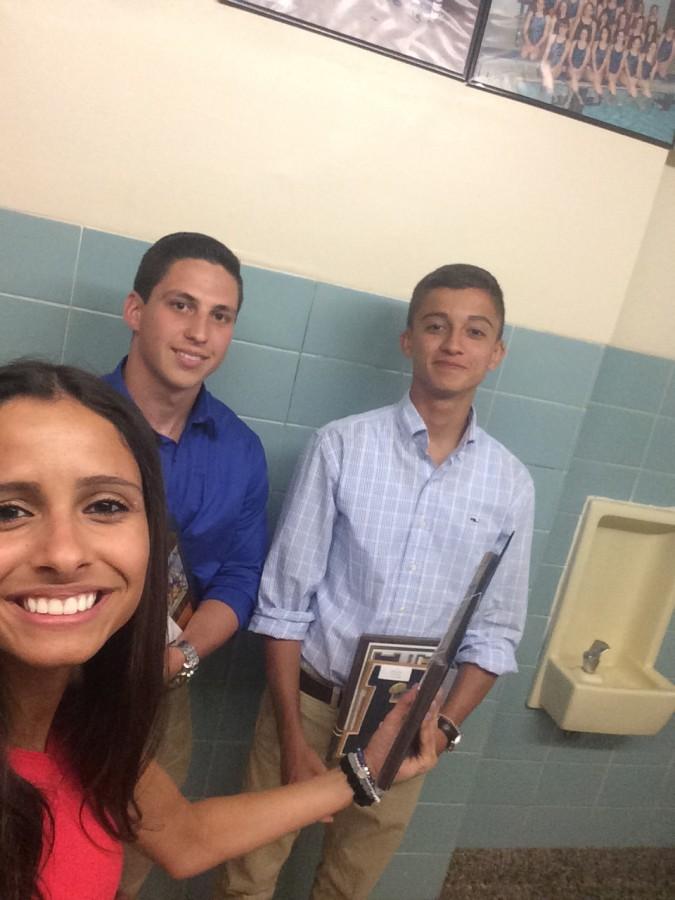 On June 4th, the Bethpage Dads’ Club sponsored the annual Boys/Girls Varsity Awards Dinner. The annual dinner hosted by Athletic director Mr. Franchi is held every spring to honor Bethpage’s varsity athletes for all of their accomplishments throughout their sports careers.

Mr. Franchi individually introduced each athlete as they walked to their seats to charitable applause. Then the night began. Every coach from every sport took the opportunity to make a speech about their team and award certain players with honors such as the Coaches Award and the MVP Award.

Once all of the individual sports awards were distributed, the second portion of the awards night began, athletes receiving scholarships and awards from the Dads’ Club, such as the Fran McCall Award, Scholar Athlete Award, and All-Arounder Award. Athletes like football and lacrosse captain Michael Sforza, lacrosse and volleyball captain Luana Barbuzano, and states wrestling champion Jake Einbinder each took home many awards and scholarships honoring them for their outstanding achievements on the field of play.

“Football has been such a huge part of my life here at Bethpage, and it was nice to be recognized for something that means so much to me,” said senior Kevin Stursberg, who also took home many awards that night.

For some students, their time at Bethpage High School was not solely focused on academics. Some students practiced hard every day after school, gave it their all in games to make it to playoffs, and showed extreme drive to be an athlete to remember. This night gave those students recognition for these contributions.