Your May National Sports Wrap (With a BHS Perspective) 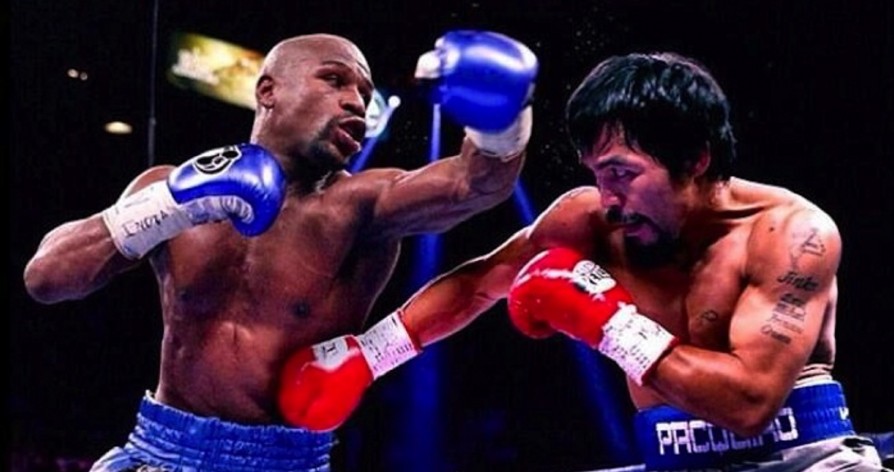 Last year, both NY teams had major problems on the field, so this draft was of the utmost importance. The Jets selected DE Leonard Williams who will perfectly compliment new defensive-minded coach Todd Bowles. As for the Giants, Eli Manning was sacked too many times last year so drafting huge OT Ereck Flowers will help Eli in the pocket. Hopefully Williams, Flowers, and the other picks can restore football pride in NY in 2015.

On Saturday May 2nd Floyd Mayweather and Manny Pacquiao were finally scheduled to fight in “the fight of the century.” This fight received massive hype and did nothing but disappoint. Despite minimal action, Mayweather landed a higher percentage of his punches than Pacquiao which ultimately gave him the victory by unanimous decision. Whether you like it or not, Floyd Mayweather is officially the greatest boxer of this era.

“The only memorable thing about it was Mayweather hugging Pacquiao every minute,”  said senior Matt Merfogel. “It was a waste of money.”

The Golden State Warriors are the best team in basketball because of the terrific play of Stephen Curry. Curry’s league leading number of steals, his flashy passing, and record breaking 3’s gave the Warriors a surprising 67-15 record and himself a MVP award. Now can Curry continue his spectacular play and bring Golden State its first championship since 1975?

However, BHS senior Timmy Charles disagrees with the decision to give Curry the award: “Hands down the MVP should’ve been James Harden. He was definitely more valuable to his team than Curry.”

In what was the most exciting, yet lowest scoring, series so far the Rangers overcame a 3-1 deficit against the Capitals to advance to their 2nd straight Eastern Conference Finals. The first four games made Ranger fans cringe and it looked as if the Capitals were going to pull off the upset. With the odds stacked against them and goal-scoring leader Rick Nash struggling, the Rangers proved they’re the best in the East in games 5-7 with superior goalkeeping by Henrik Lundqvist and unsuspecting players stepping up. The NYR survived Washington but will have to play much better if they want to pass a hungry Tampa Bay team.

“All I have to say is Lundqvist for MVP,” said BHS senior TJ Florentz. “He saved us.”

Mets and Yankees off to Great Starts

The Mets and Yankees are both in the top five in the MLB, and NY is going bananas. After returning from Tommy John Surgery, pitcher Matt Harvey is pitching lights out and sparking confidence for the entire Mets roster. The Yankees’ 1st place AL record proves that they have moved on from the Jeter era and A-rod’s 10 HR has silenced his critics and passed Willie Mays for the 4th on the all time HR run list.

BHS senior TJ Florentz said, “I don’t like A-rod but I thought it was smart that the Yankees gave him a second chance. Overall, it’s the best time to be a NY baseball fan.”

For those who still care, deflategate has reached a break in the case. It has been concluded that QB Tom Brady was aware of the deflated footballs being used in the AFC Championship game against the Colts back in January. The NFL has suspended Brady for the first 4 games of the 2015 season, revoked 2 future first round picks from the Patriots and fined the organization $1 million.

When asked about deflategate, BHS senior and Jets fan Will Pilc said, “I don’t really care anymore, because a four game suspension means nothing. The Pats will still make the playoffs and cheat again.”