The Eagle's Cry • May 8, 2015 • https://eaglescry.net/1172/entertainment/throwback-thursday-trash-and-vaudeville-nycs-original-punk-rock-shop/ 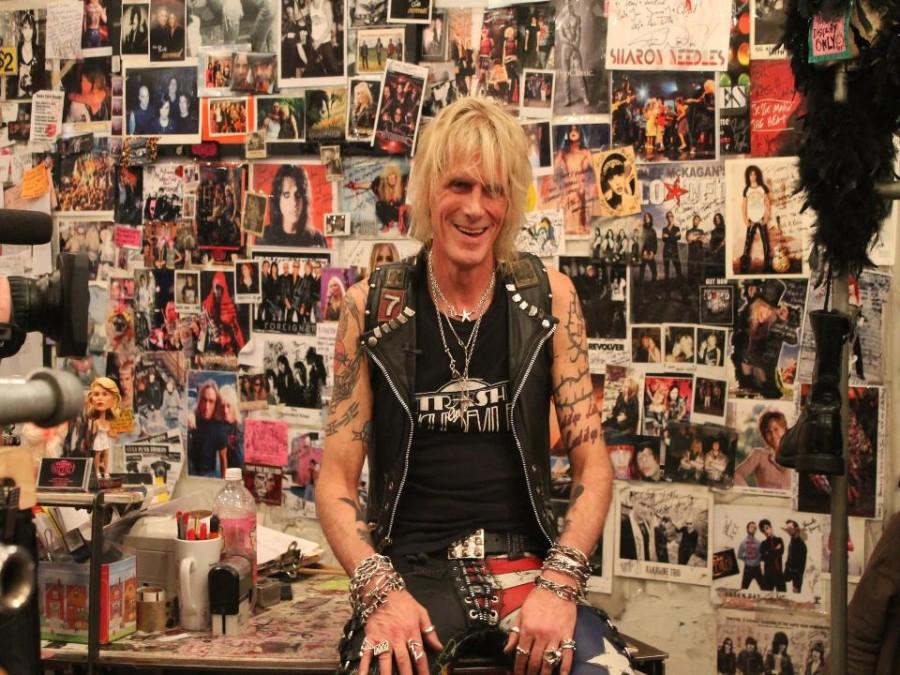 Alternative fashions have always been a major part of Rock, Skater, Goth, and other alternative subculture.  Whether you’re the heavy metal kid with black skinny jeans that look more like tights than pants, the punk rocker sporting a green Mohawk and rocking Doc Marten boots and a misfits tee, or the average teenage girl looking for a way to make a statement by adding something exciting and unique to her wardrobe, the only place to go is NYC’s original Punk Rock Shop, Trash and Vaudeville.

Getting its start in 1975 on St. Marks Place in the East Village of New York City, Trash and Vaudeville has been a crucial piece of the puzzle for those looking to make a rather loud statement with their clothing in an otherwise monotonous and repetitive world being slowly smothered, suffocated, and beaten by the recent influx of popularity of boring designer brands like Abercrombie and Fitch and Hollister.

With a wide range of famous supporters like the Ramones, Guns n’ Roses, Lady Gaga, and Madonna, to an array of angst-ridden teens—and every possible person in between—venturing into T&V’s doors, the store seems to have something for everyone sporting an adventurous side. They stock everything from classic punk tees and leopard print jeans to studded leather jackets and funky shoes in every color.

The heart of Trash and Vaudeville is kept beating by long-time manager and East Village icon Jimmy Webb. An NYC transplant from upstate New York, Jimmy takes pride in his work like no other.  As the face of the store, he works closely with customers to ensure that they are taken care of, putting together outfits for Hollywood’s best, and doing it all while being the nicest guy that you can meet on the streets of the Big Apple (and one of the most unique). Starting at T&V in 1999, he quickly became a major part of the store’s rock n’ roll/no holds barred attitude, helping to keep it up and running into the 21st century and giving it a healthy dose of grit.

“[Jimmy] was such a down to earth guy with that rock and roll attitude and style that you would expect from someone who works at Trash and Vaudeville,” BHS student Dan Cascarella said.

Having visited the store on multiple occasions, I find that New York City’s premier punk boutique definitely delivers on its legendary reputation.

BHS Junior Mike Coyle said, “The store brings you back to a time when rock and punk bands were on top of the world. It’s a really nostalgic feeling.”

Upon arriving outside Trash and Vaudeville, one can only admire the classic vibe that radiates almost overwhelmingly from its very doors.  Split into 2 floors, the dark and devious “Trash” resides on the lower level, delivering an array of classic band tees and an assortment of shoes and accessories. On the upper level, the flashy and vibrant “Vaudeville” sprawls out with a wide variety of jeans—ranging from classic black to animal print—leather jackets, patches, vests, and hats. A worthy selection, and when it’s all put together correctly (with some assistance from the friendly staff) it can transform you from the average guy or girl into a flashy rocker, fit for the limelight and ready to turn heads.

So if you’re looking for a way to stand out in the crowd, or just to visit a cool place from New York City’s prime, Trash and Vaudeville is definitely the place to check out.